Indeed, this is the Killer Karaoke Series Reviews page

Yet another small set of karaoke discs from a previous karaoke manufacturer. For the most part, the name of the label, Killer Karaoke, isn’t very appealing to some. However, put the name to one side and we may have a decent sounding set of discs. After all, what’s in a name?

By and large, most people only have interest in the quality of the karaoke, not the name. 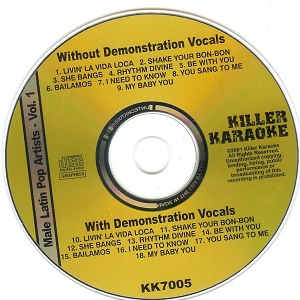 In the first place, the Killer Karaoke label made 12 discs. In addition to the KK5xxx series there is a KK7xxx series. Both series are a collection of non vocal and with vocal. Also, there is 16, 18 or 20 tracks on each disc. However, half these numbers for the amount of unique tracks. The first thing to remember is that some people like the with-vocals. Indeed, it can help them to learn the song.

Not only did we get the disc identities, we also got a full song list for these Killer discs. In the event that you have these Killer Karaoke discs in your possession, please let us know how they sound.

To clarify, here is all the disc id numbers of the Killer Karaoke Series: 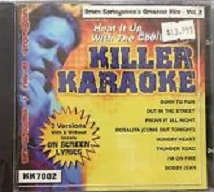 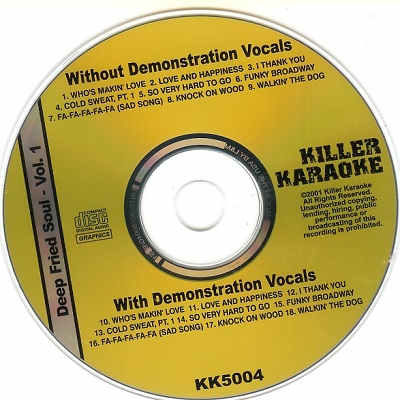 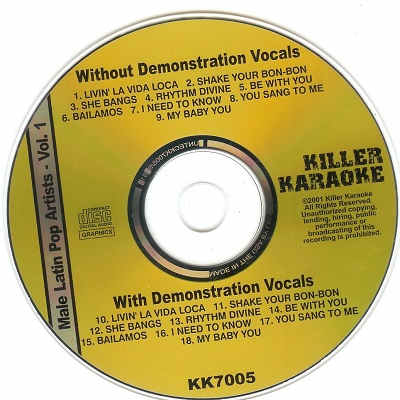 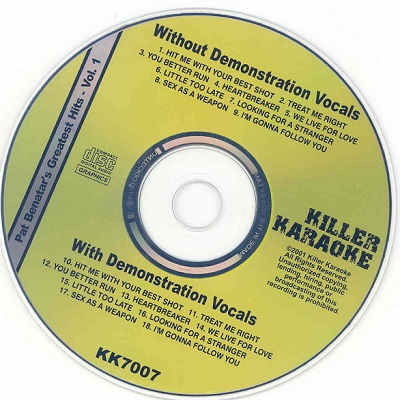 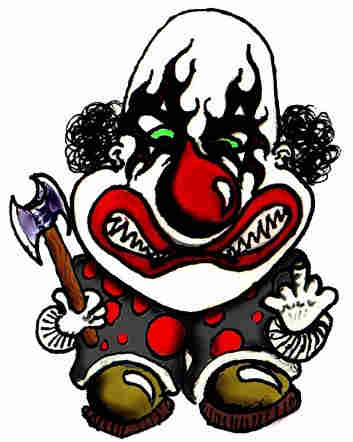 We have not ever seen or heard of these Killer Karaoke discs before. We tried googling and came up strongly with a TV series we also have never heard of. So, is there any connections to that show? In short, the staff at Karaoke shack invite anyone with any knowledge about the producers to write a review.
For example, what is the audio like. Also, what are the on-screen graphics like?

On the whole, karaoke collectors need information before buying. Obviously, these discs will be only available on the second-hand market. However, people will not look for them unless they know they represent good value. With this in mind, discuss with us, these, and other karaoke discs here, or in our large Karaoke Forum.

Now that we have some information about these discs, we need to supplement them with a song list. Indeed, we have this on the next page.